On the weekend of the May 13/14, The Boys 2006 Panthers Black got their first taste of competitive soccer by beating out 13 US teams to win the 2017 Jaguar Invitational tournament in Novi Michigan.

The boys completed the tournament with a record of 4-1 with the only loss coming on their initial game.   After the initial jitters were worked out they went on a 4-0 run conceding only 4 goals in those four games while scoring 13.  The Final was a hard fought affair that saw the Panthers trailing AW United from Ohio at the half 1-0, however the resilient boys dug deep to score two goals with under 15 mins of play.  Nathan Catalano found magic with his left foot inside the box in the 50th min when he put the panthers up 2-1 with 10 mns remaining. 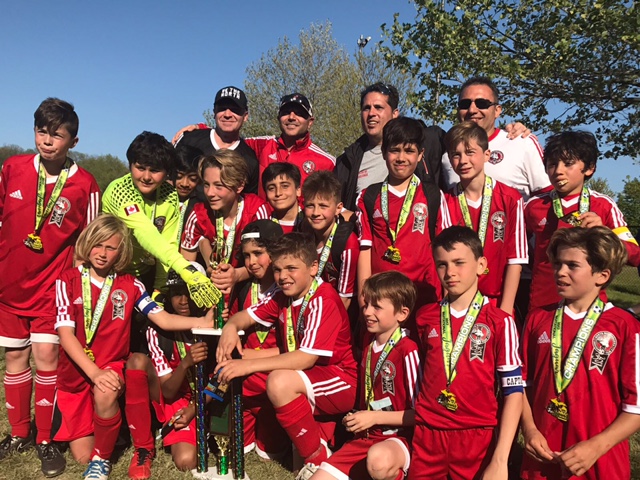