News Five Tournament Wins In a Row For The GU16 NMSC Team!

Five Tournament Wins In a Row For The GU16 NMSC Team!

Congratulations to the GU16 NMSC team on winning their fourth and fifth tournaments in a row in splendid fashion.  The team has taken a huge step in their growth as individuals and as a team. They are really understanding the concepts being taught and are implementing them into the game. The girls are a pleasure to be around on and off the field, Coach Rob Gombar said.

At the Lancaster Depew S.C Summer Classic, the team scored 25 goals and didn’t concede any.  A special thank you goes out to Coach Jhon, Coach Trevor, and to all the League 1 players.  The team has advanced so much since they began training twice a week with the League 1 team and have credited them as a big reason for their success! 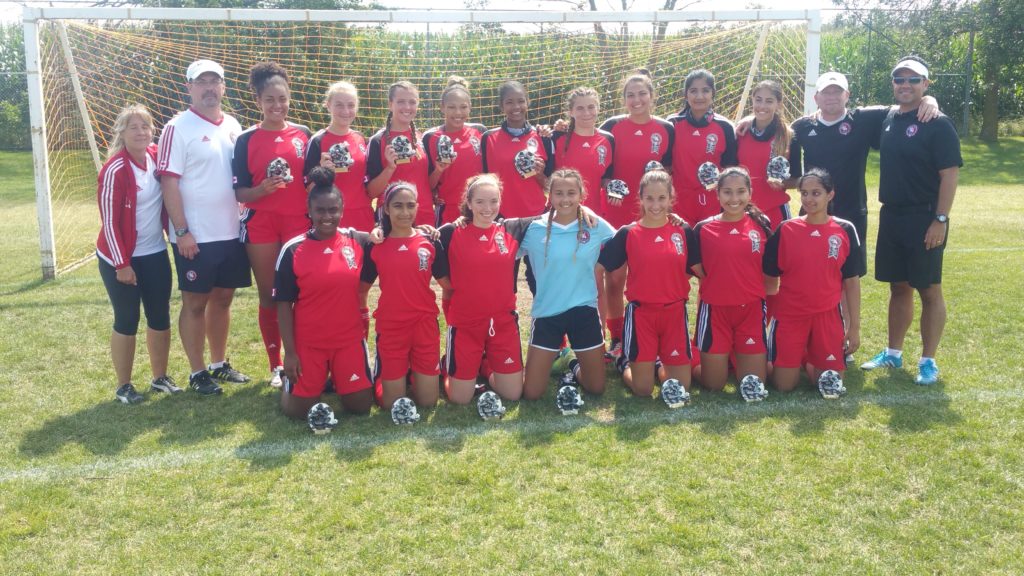 Five tournament wins in a row for the 2001 NMSC girls team is an impressive accomplishment!  The team is coming together as a unit on and off the field. Coach Rob Gombar commented on the team’s success: “They continue to amaze me, playing against one U17 team and the rest U18 teams and scoring 21 goals and allowing only one. The team trains twice a week with the first place League 1 team, which forces them to train quicker and smarter.”

The GU16 team have had 6 or 7 players play for the League 1 team this year.  This helps them compete in numerous Showcase tournaments in the United States and Canada.  They will be attending the St. Clair Shores tournament in Michigan this weekend with some local university and college scouts attending.  The club wishes all of you good luck, we know you will do us proud.