If your player loves soccer, enjoys developing soccer skills and dreams about becoming a professional athlete one day, then this program is for you! North Mississauga SC offers Grassroots Development programs for U8-U12 athletes. This program prepares athletes for a competitive stage as they become older. The development environment promotes 4-times a week commitment (3 practices and 1 game) and is based on the 4-corner approach that facilitates athletes’ development of technical, physical, socio-emotional and psychological skills! 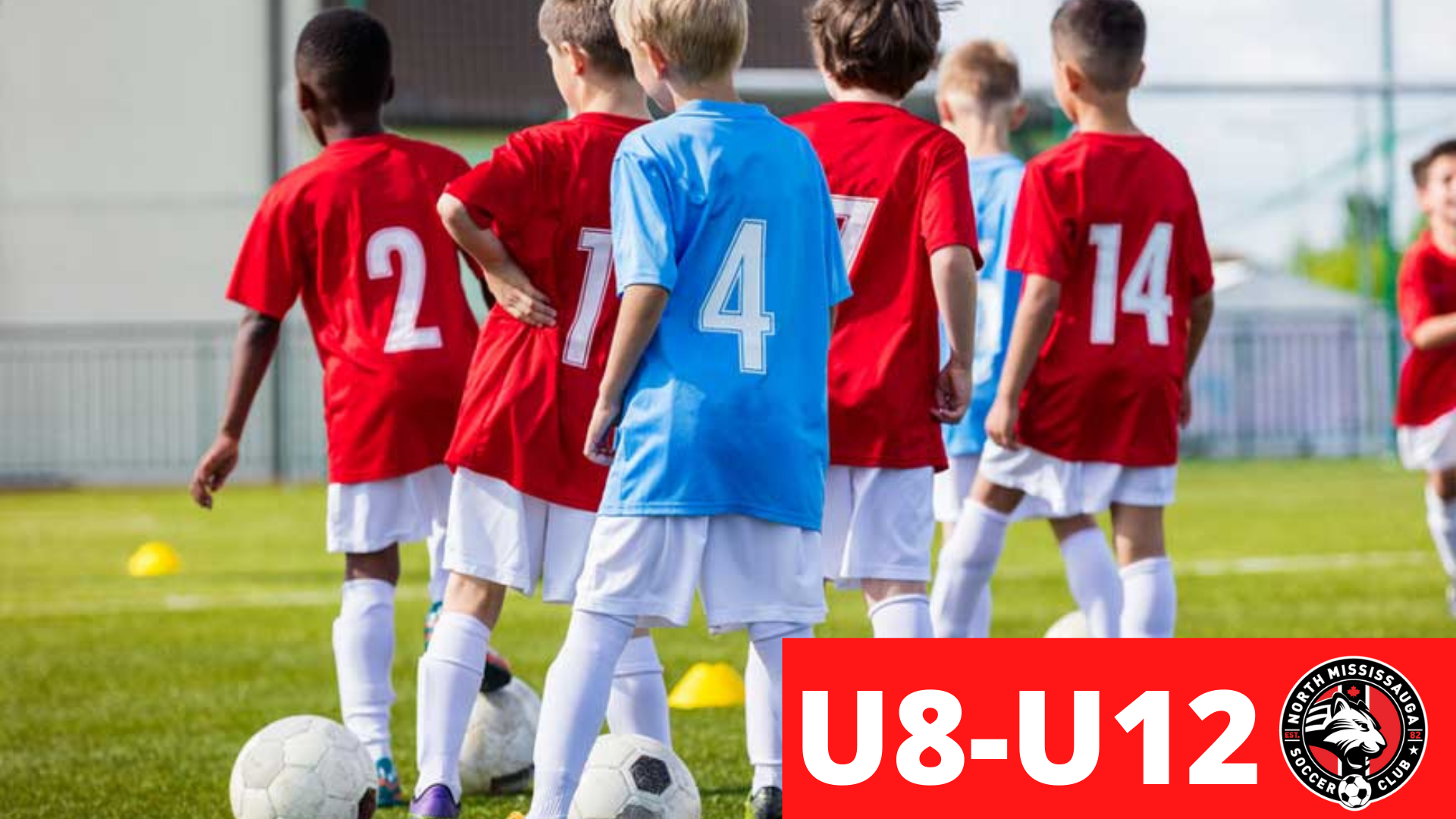 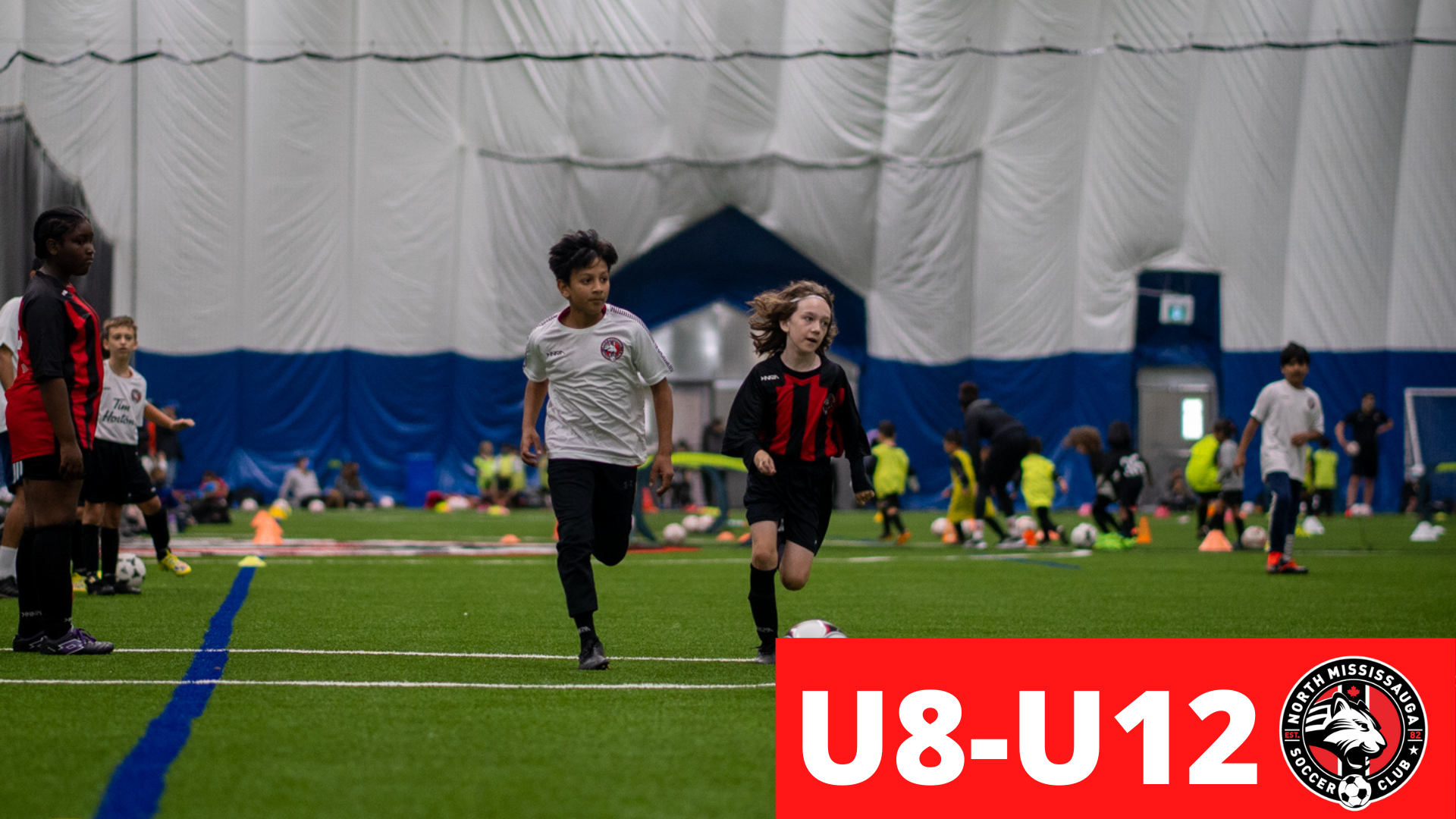 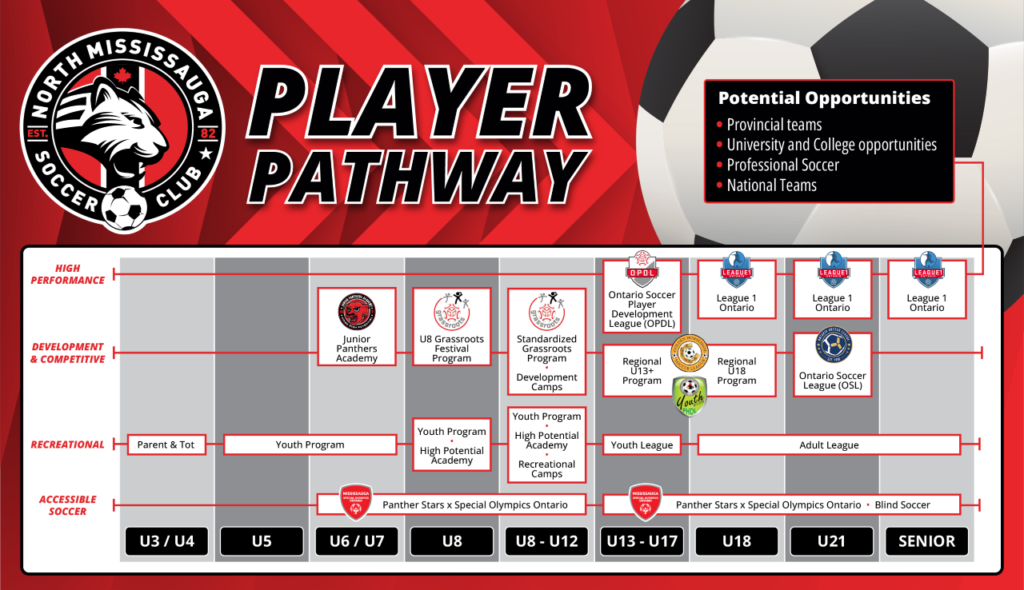 The U8-U12 season runs from May until the end of August with weekly competitions on Saturday mornings. The league does not play on long weekends. Large player pools per Club allows coaches to mix and match squads based on training and development needs of players.

More details can be found HERE.

The Mississauga Youth Soccer League offers indoor leagues for players U8-U12. Divisions are tiered based on the age group. All games are played at the Paramount Fine Foods Centre (Fieldhouse/Dome) or Churchill Meadows Community Centre (Dome).

More details can be found HERE.

What is a "retreat line" in Grassroots soccer?

Sometimes the correct pass is a longer one, for example, if the goalkeeper spots a 1v1 between their team’s centre forward and an opposition defender; this is still seen as good play. It is also permissible for the goalkeeper to play quickly and counter attack without having to wait for all the players to retreat. This supports the development of decision-making skills in young players – whether to play short or long and the speed of their distribution.

How to restart the ball from a sideline in Grassroots soccer?

One of the greatest challenges that young players face as they are learning to control the ball is keeping the ball in play. When the ball goes out of play along the sidelines, the traditional method of returning the ball into play is via a throw-in. Beyond a throw-in being a challenging skill for young players to learn, permitting a pass-in and dribble-in from the sideline will increase the player’s contact time with the ball as well as their recognition of the appropriate moments for each particular skill.

In Grassroots soccer (U8-U12), players register for age group player pools rather than teams to allow coaches to mix and match squads based on training and development needs of players. While, the club enters both – “target” and “development” teams in league participation if it has enough players to make more than one squad, no player is permanently rostered to one or another team and can be moved between both based on 3 major factors: player commitment, player individual needs and participation. This approach allows players to experience “target” competition if they are looking for highly competitive environment and are developing quick enough to meet competition level; on the other hand, it allows players to experience “development” competition if they have just started playing soccer or are looking for less demanding competition level.  Players’ placement in league division for each game is decided sololey by the club’s coaching staff.

"Fair playing time in all positions" in Grassroots soccer

In Grassroots soccer (U8-U12), players are promoted to play “fair time in all positions” throughout 1 season. Therefore, players will be challenged to try different roles on a pitch and learn different skills required for different positions (goalkeeper, defenders, midfielders, strikers) before they enter Competitive stage (U13+). This approach allows to develop diverse and creative players.