The U-16 Girls Ontario Cup found a new home in the hands of the North Mississauga Black Panthers on Sunday, September 16th! The Panthers advanced to the finals after a strong semi-final against Oshawa Kicks while their contender in the finals, the King City Royals beat the Sarnia Spirit to advance to the same.

The first half saw Maya-Joy Thompson sweeping the North Mississauga Panthers into a comfortable 2-0 lead over the Royals.

In the 10th minute, the Panthers saw their first goal through, followed by a second goal assisted by Paige Olesinski. The girls continued their fantastic streak with a goal from the edge of the box with Kiana Khedoo’s strike! The first half saw the North Mississauga Panthers pounce on every possible opportunity to drive their win home!

The second half began with Faythe Hoyte picking out Tori Evans, who did good work to shake her defender and increased North Miss’ lead to 4-0. 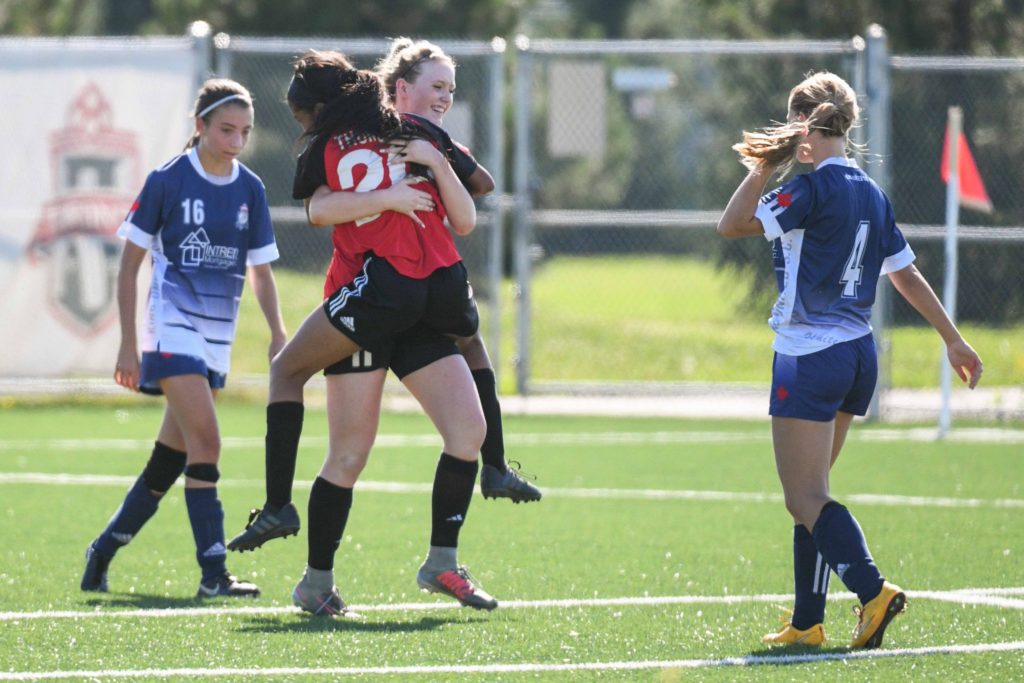 The King City Royals put up a stronger fight in the latter half of the match when, a few minutes later, Stephanie Worthy made a long individual run, dancing along the touchline, drawing her team back to 4-1.

Stephanie Worthy would do it again with 12 minutes remaining. Another fantastic individual effort found her on the edge of the box and her seeing-eye-shot fooled the North Miss keeper to bring her team to within two.

That would be as close as they would get though as North Miss closed up ranks, defended their lead and would capture the U-16 Girls Ontario Cup title for 2018!