The NMSC Boys U14 All Stars won their second tournament of the season in Lake Simcoe this past weekend! 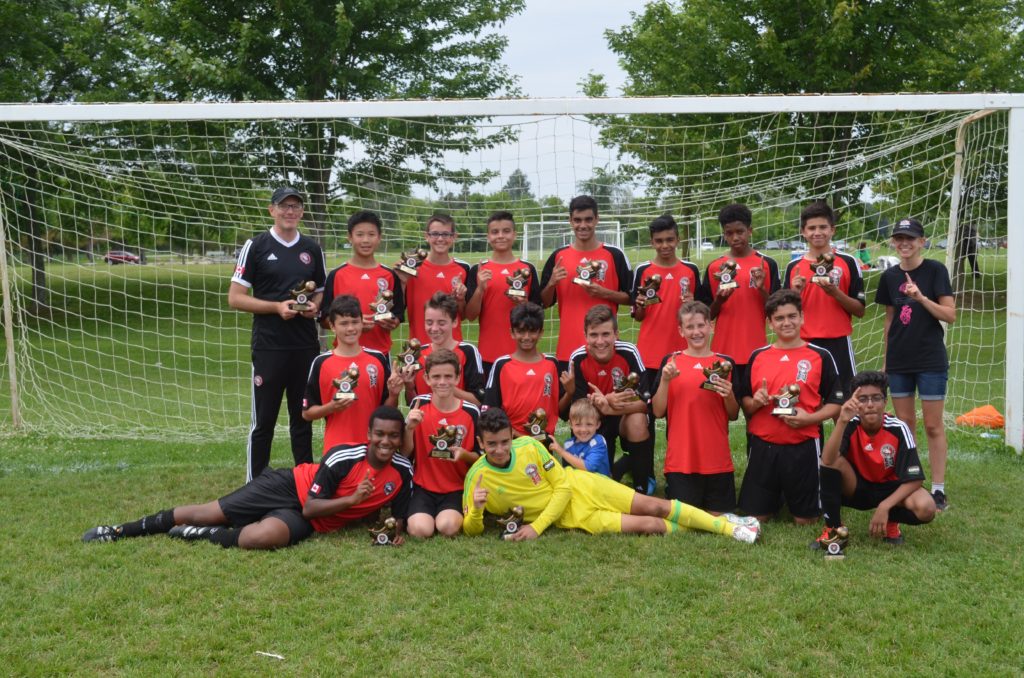 Congratulations to the team for another amazing tournament win!

Saturdays results placed the NMSC BU14 team in 3rd out the 7-team group after the round robin. The team showed their determination on Sunday and refused to be the underdogs!

Matthew Chang led the way with five goals on Sunday, including the game winner in the final. A real team effort throughout!

The club is very proud of the team for their continued success!