OPDL GU14 Will Play for OPDL Charity Shield on November 4th After Finishing the Season Undefeated!

The North Mississauga Soccer Club would like to congratulate the GU14 OPDL team (2003 Girls) for clinching a spot in the OPDL Charity Shield on November 4th!

The team finished the regular season with an undefeated record, 16-4-0, and an extraordinary 52 points.  They have been in impressive form all year long! 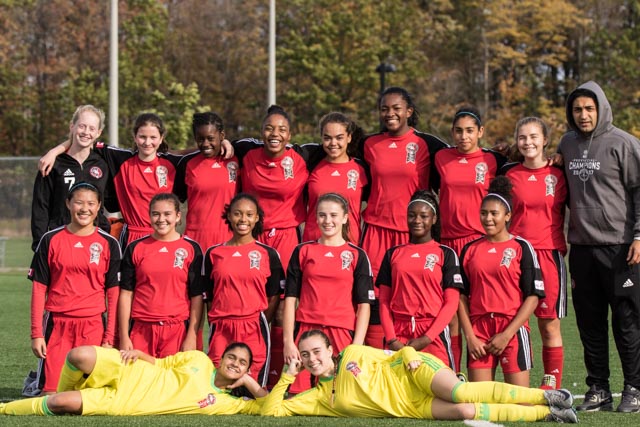 Reaching the Ontario Player Development League Charity Shield will surely be a great reward for the players. The team has shown devotion, consistency, and hard work throughout the whole season and have earned their spot at the top of the table.

The North Mississauga Soccer Club would like to invite all NMSC players, parents, and coaches to the OPDL Charity Shield Final. NMSC will face off against North Toronto S.C. !

We hope to see you there!