North Mississauga Soccer Club is very happy to announce that League 1 Ontario has selected two NMSC players for the 2017 Women’s All-Star Game. Congratulations to Kira Bertrand and Chrissie White for being named to the 2017 All-Star Roster! 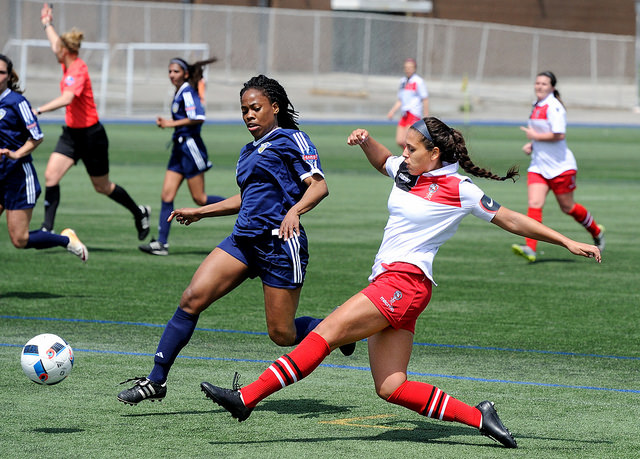 Kira Bertrand, NMSC defender, with the slide-tackle. Special Thanks to Bob Twidle for the photo!

Both players are very strong defenders that are certainly hard to beat. Their combination of grit and high soccer IQ is the reason they will be featured with the best players in League 1. Kira will be headlining the first team as a centre defender, while Chrissie will take charge of the 2nd team. 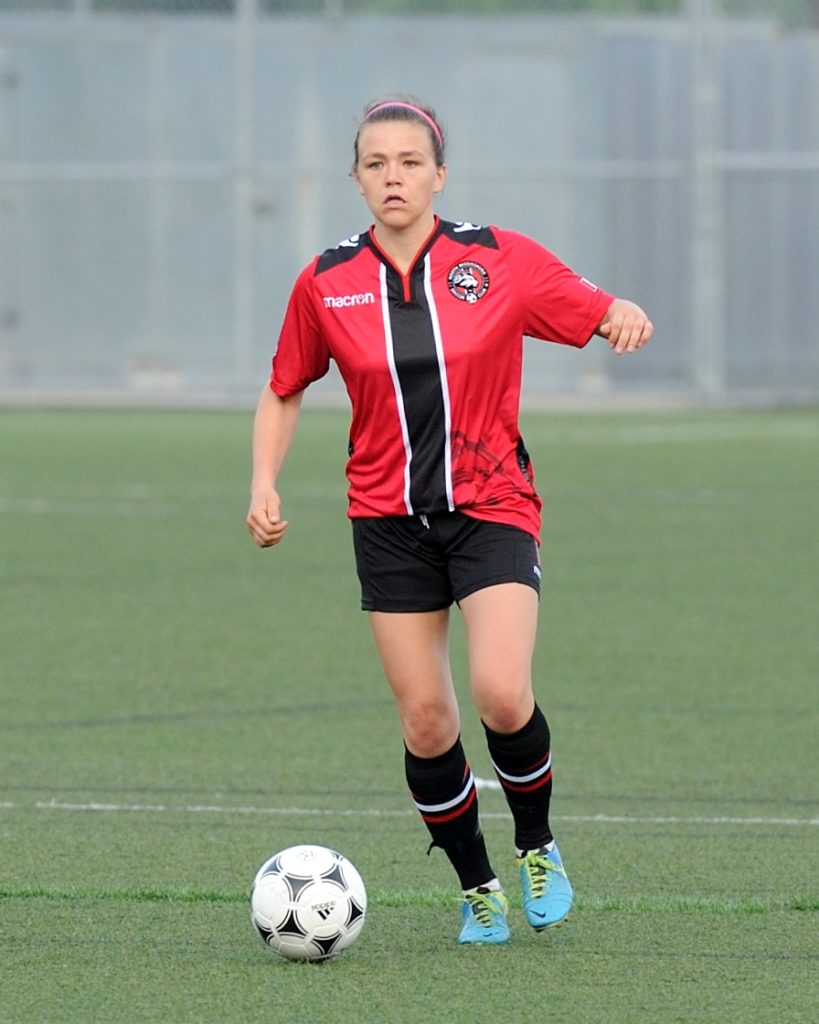 Chrissie White, NMSC defender, controlling the play. Special Thanks to Bob Twidle for the photo!

This is a big accomplishment for both of these players and the NMSC League 1 team! On behalf of North Mississauga Soccer club, we offer the best of luck to Kira Bertrand and Chrissie White!

We hope to see NMSC fans at the All-Star game to cheer them on! Tickets can be purchased at the game for $10 adult admission, $5 kids admission (age 12 and under). Fans will be invited onto the field at the end of the game for pictures and autographs with the All Stars!

For the full match preview article click the link below: